Scuba Diving Hidden Gems – How many of these have you dived?

How many of these out-of-the-way SCUBA diving hot spots have you tried?

A brand-new decade is just around the corner. It will officially be the twenties, a word that was formerly synonymous with fur coats, flapper dresses, and the golden era of Hollywood, but will soon be known for an era of technological prowess, globalization, and, hopefully, not World War 3.

Make the decade your own by turning this into a year of adventure and exploration with these exciting SCUBA hot spots! 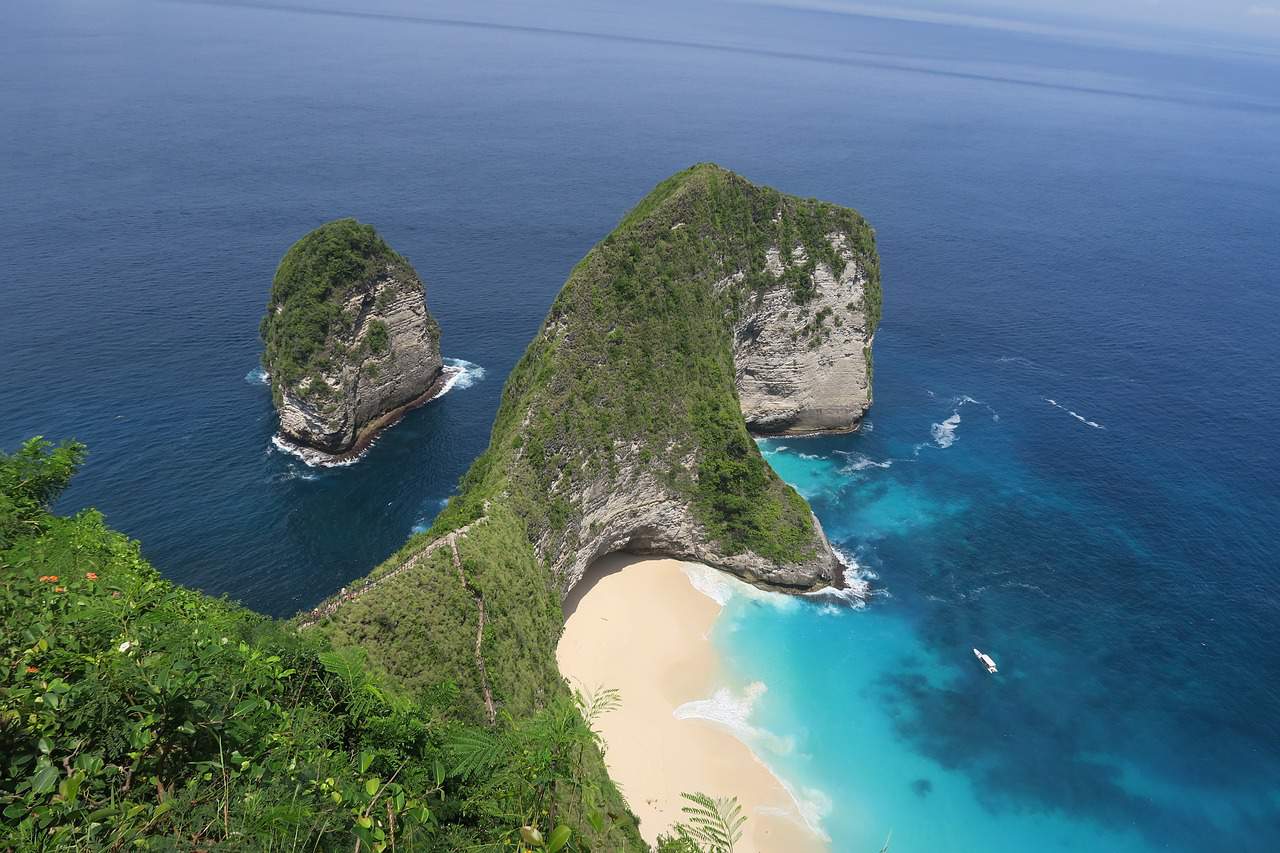 Nusa Penida is an island southeast of Indonesia's island of Bali

Bali is one of the most beautiful islands in the world. It takes between 19 and 22 hours to fly to Bali from the United States, so it’s not a destination you can visit on a whim, but it is worth the journey.

Bali is on every adventurer’s bucket list and when you see the natural beauty that surrounds this island, as well as the marvelous Hindi temples located inland, you’ll understand why. This Indonesian island is not just a paradise for landlubbers, it also has its fair share of diving and surfing hot spots.

One of the most popular locations is the Liberty Wreck. The USAT Liberty was sunk by a Japanese submarine in 1942 and its underwater grave has become a must-visit location for divers and photographers. It attracts visitors from all over the world, many of which make a bee-line for this location, snap their pictures, and then leave.

But there is so much more to explore on this island, including the island of Nusa Penida, which is just a short trek away. You’ll be spoiled for choice in Bali, so make sure you give yourself a week or more to experience it in full. 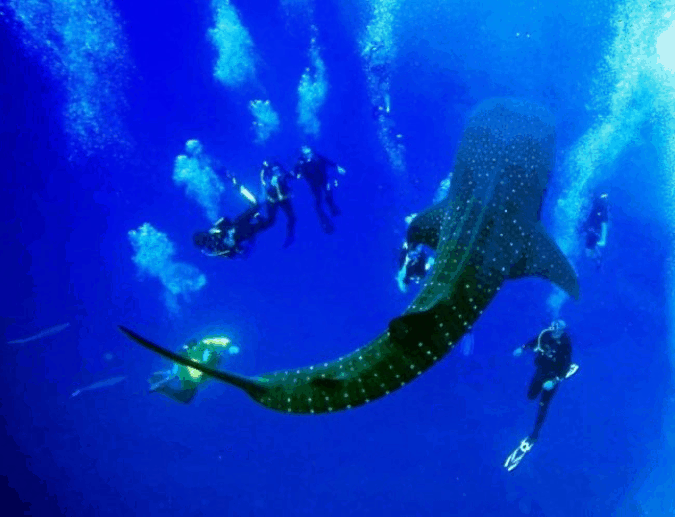 If Bali is too much of a trek, then try Belize instead, which will take anywhere from 2 hours to 7 hours depending on where you are. Belize doesn’t get nearly as much credit as it deserves, with many American tourists preferring to visit locations like Panama, Costa Rica or even the Dominican Republic.

But Belize is filled with beauty on sea and on land. It’s also cheap and doesn’t have as many tourists as some of the aforementioned destinations.

Along with the beautifully clear waters and colorful marine life, one of the best things about diving in Belize is that you can swim alongside the whale shark. This is a docile, beautiful creature that has an almost otherworldly beauty.

Visit the Belize Barrier reef or the Belize Great Blue Hole, which is, quite literally, a huge hole surrounded by a coral reef, shimmering water, and more beauty than can be described with just words. 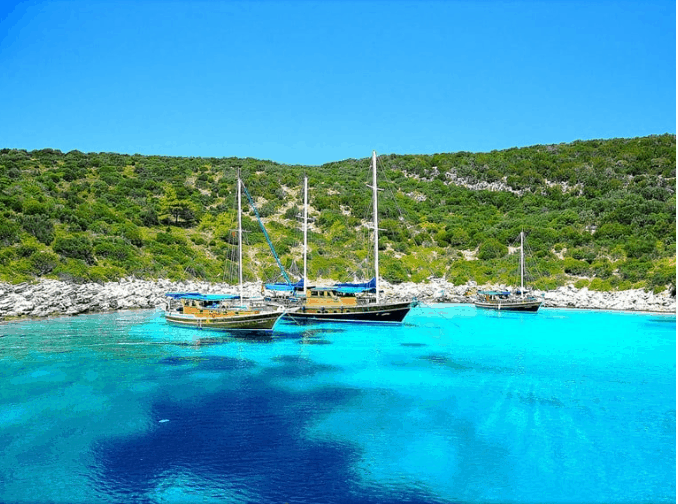 The Mediterranean Sea is one of the most beautiful in the world and it’s also surrounded by idyllic locations, including a host of Greek and Turkish islands. This is the birthplace of European civilization and there’s also plenty of great food and friendly locals.

There are a number of diving hot spots in the Med, but Orak Island is one of the best and the most overlooked. Located just off the coast of Bodrum, Turkey, this tiny, rocky island is calm, secluded, and out-of-this-world.

You’ll feel like you have just stepped into a fantasy world, complete with sunken planes, deep blue voids, massive caverns, and sheer cliff faces. You will have to travel far and wide to experience anything even remotely similar to what you’ll find in Orak Island, making it the perfect destination for your next big SCUBA adventure. 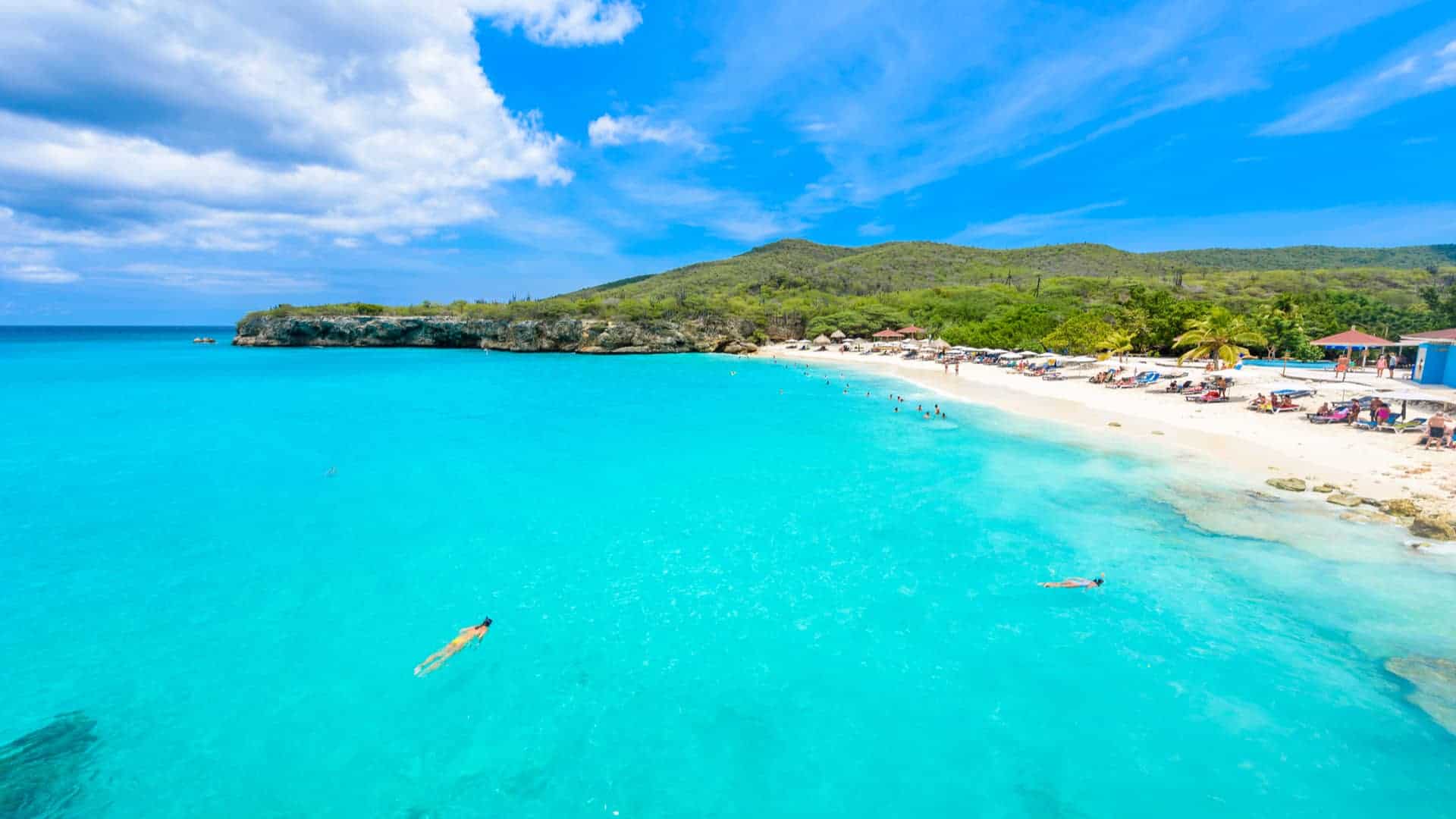 The tiny island of Curaçao doesn’t get as many tourists as it should and is often ignored in favor of bigger and better-known locations. There is a lot of beauty here, along with a great climate and some beautiful diving hot spots.

The weather changes quite drastically throughout the year, with dry conditions towards the end of the year and wet from December to March. June and July have some of the most favorable conditions, but when it comes to diving you can go any time of year. The marine life is there throughout, and you won’t mind the rain when you’re several feet under the sea.

The best diving locations can be found along the southern coast of Curaçao, with some beautiful beaches, shores, and coral formations. More experienced divers can head north during the middle of the year, where there are more adventurous locations to discover. 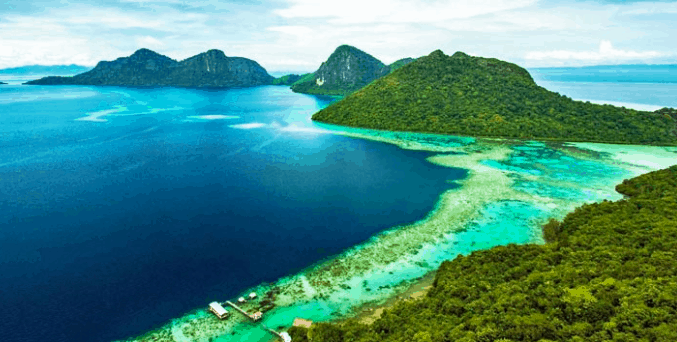 If you prefer colorful marine life to vast caves and caverns, book a flight to Malaysia and explore Sipadan Island. This area is teeming with beautiful sea creatures, including turtles, sharks, vast schools of fish, dolphins, and more. It’s like a wall of color, all darting in and out of cave systems and floating in the vast blue abyss.

Sipadan is the only oceanic island in Malaysia and sits over 600 meters from the seabed. The island itself was formed by living corals that grew on top of a volcano over several thousand years.

It is a true natural wonder and when you visit the island you get an inescapable sense that you’re seeing something that no one else has seen or touched, that humanity has yet to discover. It has an untouched, unspoiled beauty that is almost palpable, and that’s what makes this SCUBA hot spot so special.

Now for the bad news: Sipadan is not easy to access. The first step on your epic journey is to fly from the United States to Malaysia, which can take around 20 hours and includes at least 1 stop. That will take you to one of the major city airports, but from there you need at least one other plane to get to Tawau.

Once in Tawau, you transfer to Semporna, which takes about an hour and a half, and then a boat ride to the Island, which is another 45 minutes. But after a full 24 hours of traveling, you’ll arrive at one of the most beautiful locations in the world and it will all seem worthwhile.

Nicky Sarandrea is a writer, traveler, and author who is enjoying the weather in Destin, Florida before setting off next for a European adventure. He plans to visit a few of the aforementioned places himself.
Author Web Link